skip to main | skip to sidebar

Blush In a Mood Nail Polish, Red and Yellow

When I was at Ross at... er, some point in the past two weeks during my no-buy, I found this set next to a bunch of really old Wet n' Wilds: 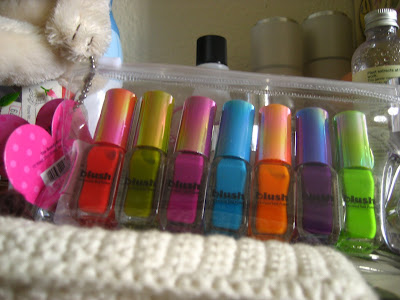 Seven little minis in colors I don't have, with a little heart-shaped card that tells you what mood that the shades are supposed to indicate. Bought it? Clearly. 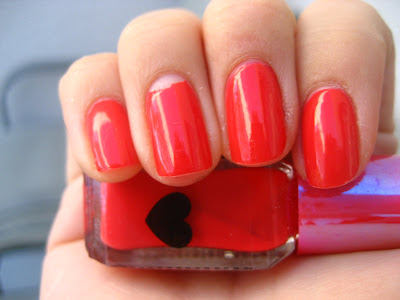 This is the first in the lineup--"Red", which apparently indicates love. (Awww.) It is a gloriously bright red JELLY (whooooo) that leans to the warm side of town. Under indoor lighting, I assumed it was a dark orange. In sunlight I am pleased to say that I was wrong. 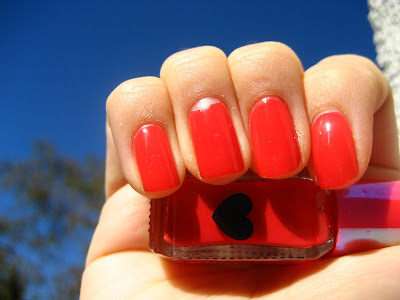 This is three coats. Really great application for a mini, dries fast and glossy, awesome. A little bit of VNL, but nothing too obvious and really obtrusive.

You do, um, see that chip there though, right?

That happened five hours in. 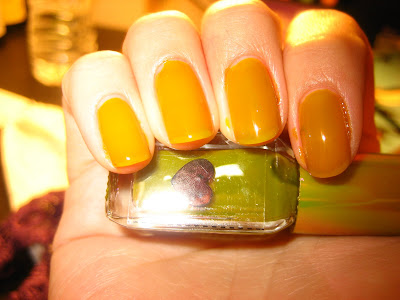 This does not even merit an after-clean-up, sunlight picture. Three coats to get my nails to look like Plague. The first picture is more color-accurate--particularly the two fingers on the right. 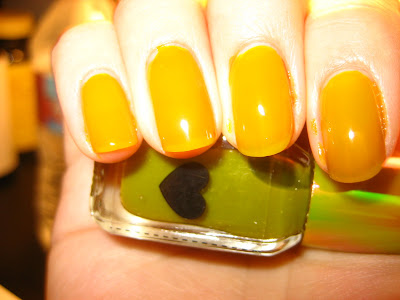 I'm still hopeful, though! Way hopeful. There's five more to go. They can't all be either chiptastic or, frankly, the ugliest polish I've ever seen, right?

Irides
Uh, I'm bespectacled, asian, left-handed, synesthetic, a female INTJ (there's less than 1% of us in the US population, woot), and mostly really uninteresting. :)

If you have a lacquer you'd like to see, a request, or if you are a company that would like your product reviewed, please drop me an e-mail at irides at gmail dot com.

Thank you all for visiting my blog! It means a lot to me. :)